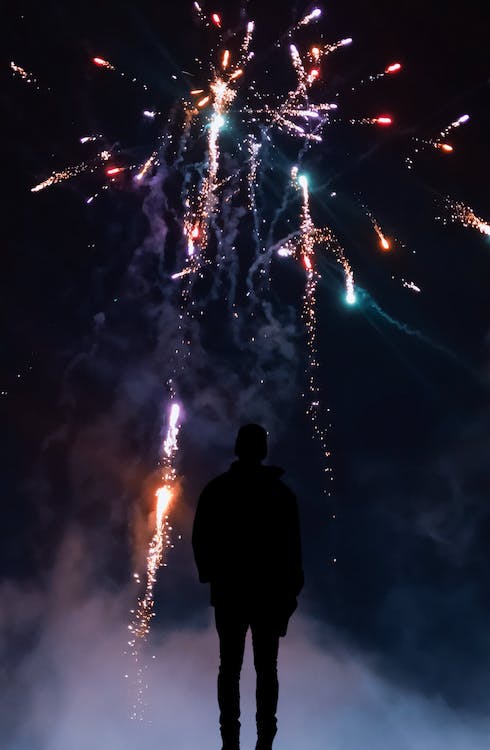 This is a work of entertainment fiction. Names, characters, businesses, places, events and incidents are either the products of the author’s imagination or used in a fictitious manner. Any resemblance to actual persons, living or dead, or actual events is purely coincidental.

The evening had just about turned a bit chilly in the AMTS (Ahmedabad Municipal Transport Services) bus. Rajesh, on his way back from Ahmedabad city to the colony at Odahv, adjusted the collar of his winter coat a bit to protect his face from the unfamiliar blast of cold wind blowing through the broken window of the bus.

Mumbai was always warm, in fact too hot and sultry most of the year. His mind went back to the travels in the BEST bus that he was used to, the perspiring, smelly men seated next to him and the cacophony of sounds that always seemed to surround him.

He had joined this small chemical company a few days back. D. S. Patel, the enigmatic, Old, quirky Managing Director had interviewed him at Mumbai and promptly appointed him to head the chemical plant at Odhav.

The promise of providing accommodation seemed like a good attractive proposition. At the first sight of the ‘quarter’ allotted to him it looked like a horse stable that reeked of stale air.

Anyhow, now that he had accepted the post there was no going back, at least for some time. The thought of sharing this quarter as the first home with his fiancée was exciting in spite of the terrible experience that he would have to go through as a single man till they actually got married two months later.

The thrill of being the head of a chemical unit began to evaporate quickly as he sized up the enormity of managing a wide array of personalities that could scarcely be labeled as a ‘team’ in the lingo of business management.

P. D. Rajkotia, the incumbent chief of operations, was surprisingly cordial. His sweet talk sometimes made Rajesh wonder if it concealed a well-guarded animosity towards a young rookie Engineer who might upstage him.

“ઓઢવ આઈ ગયું, ઓઢવ આઈ ગયું; શેઠાણીઓ – મારી માં – બધા હેંડો હવે ” ( Hey you all masters of your trade get down from the bus – we have reached Odhav – your destination) the bearded ever smiling, fun loving conductor of the bus shouted at the group of trader-women who had stacked their wares in the gangway in the bus.

The last destination of the bus was Kathwada – a good 5 kms from Odhav village. Rajesh’s colony lay in a desolate open space at the next bus stop. The only structure anyone could see was the chemical plant with its office building in the front and the residential colony at the other end of the area.

“Monsoon may break in any day now” Rajesh thought as he sighted a few dark clouds hovering oh the horizon. One of his buddies at Bombay had joked in a lighter vein that Rajesh would never have to buy an umbrella in Ahmedabad. Will this season be different?

“Aastey..” (Slow down) he requested the bus conductor aloud and alighted at the Mayur Chemicals bus stop carefully as the bus kept rolling on before he could even set his foot on the ground. That is how the AMTS buses were, never really haltinging completely at the bust stop. They merely slowed down at the stop.

Dhiren Dave, the storekeeper of the company got into the same bus from the front entrances as it gathered speed.

“Why did the store keeper have to hang around in the office so late?” Rajesh had left the workplace a bit early today. There were murmurs of the plant being temporarily shut down on account of impending shortage of Caustic Soda.

Rajesh neared his ‘quarter’ and saw Rajkotia and other neighbors seated around a table in the open near the entrance of the quarters.

“Arrey, Rajesh bhai you are back? Have you had your dinner?”

“Yes, P.D. Saheb, thank you. But why is the factory building unlit. Why is there no activity”

“Arrey, this happens every couple of weeks. There is an acute shortage of caustic soda in the market. The consignment did not arrive today!” P. D. announced nonchalantly. And then added “ good break from routine, Rajesh bhai. Come join us for a cup of chai”

“So when are you going for your wedding?”

The flashes of lightning alternately showed the entire area and the factory with remarkable clarity in the blinding light.

Suddenly the dogs started howling in the distance near the factory building. The collective howling added a sense of foreboding to the atmosphere.

P. D. turned to the group and declared “Isn’t that the sign of that ઝંડ (Ghost ), out to create trouble again?”

Rajesh’ eyes narrowed. What ghost? And then raised his hand in the gesture of questioning.

Harshad Patel, who was watching Rajesh with undue attention, told P. D., waving his hand at Rajesh, “This young saheb doesn’t know about this ghost”

“What ghosts? I don’t believe in ghosts” Rajesh smiled

There was a hushed silence.

‘Rajesh bhai. The factory frequently shuts down like this and stays shut for a week to ten days. Every night the ghost of Gangaram visits the factory and causes trouble in the plant.

“Gangaram was an electrician of the factory who died in mysterious circumstances during one such shut down. He used to come from Varsana village nearby. They say his ghost visits the factory during the shutdowns to cause some troubles to the operating staff” P. D. explained as everyone listened to him in rapt attention.

‘Ghost? “ Rajesh laughed “ Sorry, you all seem to be prey to some old-fashioned stories about ghosts. Don’t believe in such ghosts”

“Even I used to advise these people otherwise but then I experienced it with my own eyes, Rajeshbhai”

“Oh come on, P. D. Saheb. We are all educated well trained experts”

“Don’t laugh it off. Once I started walking up to the factory in the dead of night during one such shutdowns and as I neared the factory building the strangely scary voice of Gangaram accosted me and started a small fire quite close to where I wanted to go. I got scared and bolted back to the colony”

It was P.D.’s turn to challenge Rajesh now “ All right, let us see if you can stand up to the ghost tomorrow night.

Tomorrow night, precisely at mid night, walk up to the factory and get on the second floor, switch on the lights there three times and come back. “

How will Rajesh tackle the ghost of Gangaram the next night?

watch out for the next episode

6 thoughts on “The Ghost of Gangaram”